Posted on 31st August 2014 by Julie and David Thomson in General News.

August on The Somme

There have been many events to mark the Centenary of the outbreak of The First World War.  Sunday 3rd August saw a re-enactment of the mobilisation of French troops in Albert.  It was a very well attended event, with the rain adding to the poignancy of a dramatic day then and now.  Commencing with the ringing of the bells of The Basilica, a group of re-enactors assembled in the rainswept plaza before walking to Albert station where they boarded a steam train as they did 100 years ago. A wonderfully staged event was recorded by French television and radio, a fitting tribute to those who left for War, many never to return.  The Basilica now has a digital clock which records the number of days to the end of The War. 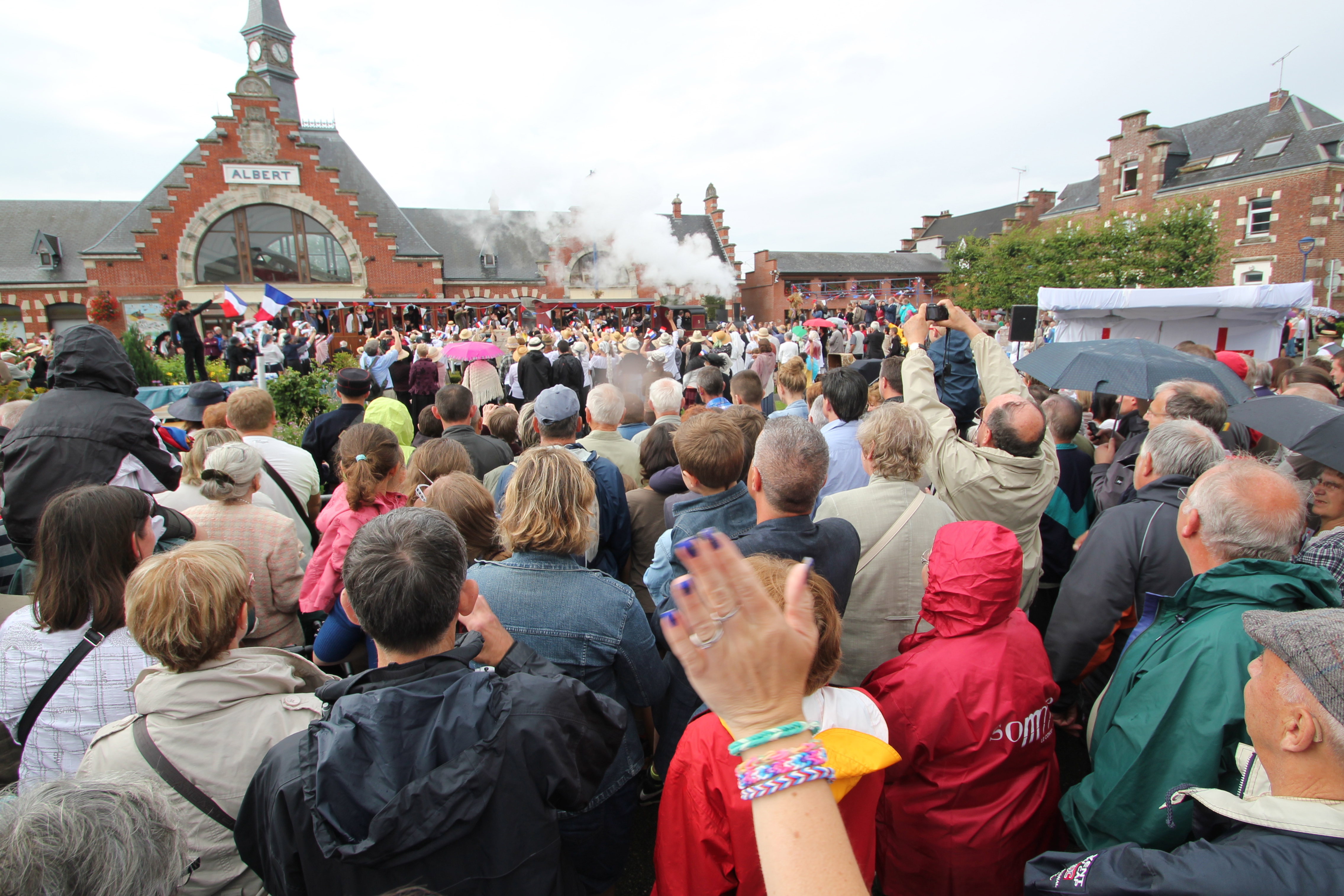 Sunday 10th August we attended a commemorative service in Pozieres to mark the anniversary of the death of composer George Butterworth. The event was attended by George Butterworth’s cousin Hugh and composers Stevie Wishart and Kriss Russman as well as Conductor, musician and biographer of Butterworth, Anthony Murphy. George Butterworth’s music was played, including The Banks of Green Willow, which has been adopted as musical remembrance for the unknown soldiers. The music can be found on You Tube and other archives. It is wonderful that George, who has no known grave, is remembered in this way.  His music and early death is symbolic of the many lives snuffed out and the talent of a generation who had their future potential denied them. 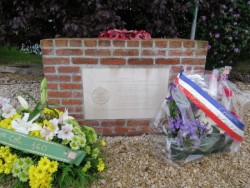 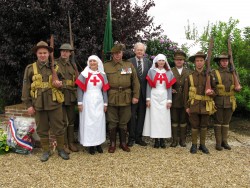 On 13th August the Western Front Association marked the mobilisation of the British Expeditionary Force with events in London, Amiens and Arras. At Amiens Glisy airfield a service was held to mark the arrival of the first flights from the Royal Flying Corps into France.  Unfortunately bad weather prevented a BE2 flying in but several Tiger Moths and a Crossley tender and staff car attended having been flown and driven from the UK.  In the afternoon a commemorative service was held at Faubourg D’Amiens Cemetery in Arras, where wreaths from each Regiment which formed the original BEF, were transported to Arras from London and will remain on the Great War Stone throughout September.  It was a moving ceremony with the wonderful South Wales Male Voice Choir singing and various readings and tributes read by young WFA members. The Digger Cote 160 Society, based in Pozieres, attended both events in period costume which added to the unique occasion. 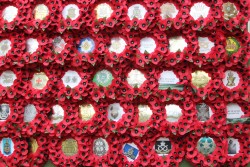 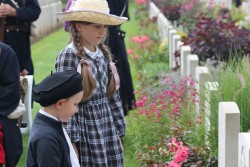 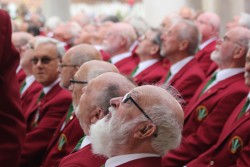 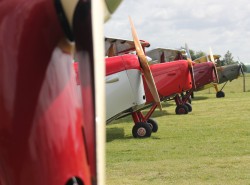 On 28th August, 2 unknown soldiers who have been found in recent months in the fields where they fell were reburied with honour.  Although both British, there was nothing with their remains to identify them.  One was buried in Bouzincourt Communal Cemetery Extension and the other in Adelaide Cemetery near Villers Bretonneux.  Unfortunately we did not attend either ceremony but guests Helen and George Antrichan attended and have allowed us to use the photo they took.

On 8th September in Albert French Cemetery the remains of French soldier Louis Joseph Le Heurt, of the 118e RI will be reburied. He died for France on 8 January 1915 in La Boisselle and his remains were discovered on 28 November 2013 by the La Boisselle Study Group as part of their archaeological work. We are hoping to attend the ceremony at which members of Louis Le Heurt’s family will be in attendance.

For those who have been to No.fifty6 you will know that we have a love of books! This month we were sent a copy of a new book about The Somme Campaign of 1916, which has been written by author and guest Andrew Rawson.  It covers the summer and autumn events from 1st July through to November 1916 and is well researched and written. Entitled "The Somme Campaign" it is published by Pen and Sword Books.

We have many interesting guests to stay with us from so many nations. The unifying factor, no matter what nationality, is an interest in the events that happened here and a desire to ensure that those who gave so much are not forgotten.   We share with our guests a desire to learn and take that learning and compassion to make the world a better place today. 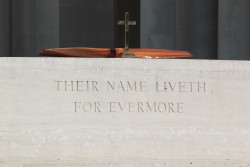 So many commemorative events in August.
It is heartening to know that we will never forget those who fought and died in WW1.
It reminds me that I need to visit you all again next year.