Posted on 31st August 2019 by Julie and David Thomson in General News. 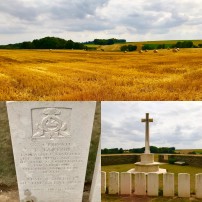 August at No.fifty6. Summer moves on.

103 years ago, the ferocious action of The Somme battle was raging. Today as we write this and look out over golden, harvested fields, blue skies, to the sound of skylarks and blackbirds, it is hard to imagine what once occurred here in this place now so peaceful. Just the crosses, Portland stone and memorials puncturing the landscape like beautiful sentinels of the now peaceful dead.

August has seen more high temperatures, some rain, busy farmers and of course our wonderful guests who bring their stories and share experiences around our table.

Danny Woolard came with his brother Keith, their wives Veena and Barbara and son Shaun to visit the area. British, but having lived in Australia and other places around the world, this lovely international family wanted to take in as much as possible and David helped guide them. They were incredulous of the scale of the history here and how the echoes of the War can be heard today.

Barry and Scott Delaney also came from NSW Australia though Scott is a Kiwi. Their first visit here, we never tire of Australians who come, so far from home, like the AIF boys who fought here, and leave their mark on The Somme.

Martin Barry and Fiona are regular visitors. From Hastings, they like to walk and cycle The Somme. Martin has various interests but, on this visit, followed the flying ace Albert Ball VC visiting places associated with Albert, including the graves of Germans he had shot down in his illustrious career. His full list of awards is VC, DSO & 2 Bars, MC. He is accredited with 44 victories over German airmen. In a last letter home he wrote:” I do get tired of always living to kill, and am really beginning to feel like a murderer. Shall be so pleased when I have finished.”

Ball’s plane came down near Annoeulin In 1917. He was not yet 21 years old. Ball was already dead when a German reconnaissance unit found him. They buried him with full military honours in Annoeulin Cemetery, where he still lies, the only British grave among the Germans. Thank you Martin for highlighting Albert’s story. 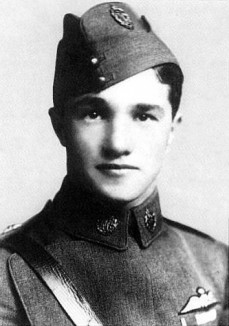 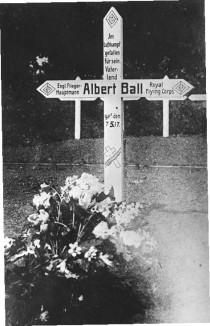 Terry Whenham is another regular guest. For his August visit he brought his cousins with him. David was on order to be on best behaviour as Becky his young cousin is an impressionable and incredibly bright 14 year old. It didn’t stop David telling his stories…While here the family visited the grave of Henry Whenham, their Great Uncle, who is buried in Bouzincourt Communal Cemetery Extension. Henry died not far from us to the rear of Ovillers on 4thAugust 1916. Henry is responsible for Terry’s love of history and particularly the events on The Western Front. www.terrystours.co.uk 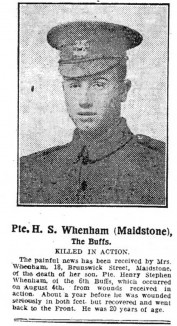 Terry is married to the long-suffering Elaine Whenham (Elaine and Julie have much in common due to their respective husbands) and although she did not come on this visit, Elaine sent us, via Terry, some lovely new aprons, corporate colours, beautifully embroidered with our names and logo. So, if David forgets his name, he only has to look down to be reminded. And the apron may stop him from getting messy too. Thank you Elaine. 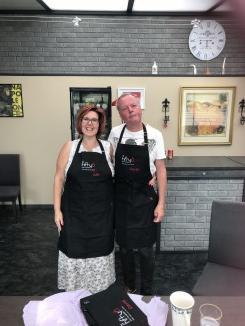 David Harvey, Battlefield Guide, brought with him to stay 4 wonderful American guests who came to The Somme as part of a 3 week history battlefield European visit. These charming 3 retired military and one retired medical professional absorbed the history like sponges and it was an honour for us to have them here and learn of their extraordinary US military/civic service. On leaving, Larry, Gerry and Keith presented us with their personal Challenge Coins for our outstanding hospitality and it was an honour for us to receive such cherished US military momentoes. 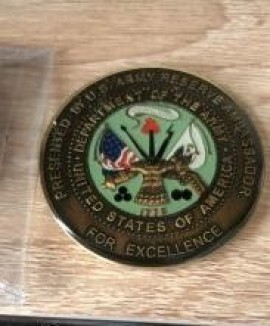 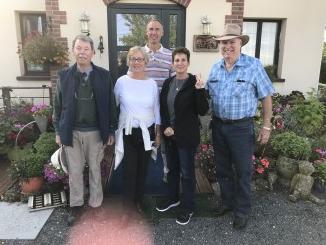 Makiko Brookes also visited us in August. Hers was a poignant visit. This lovely Japanese lady has resided in Yorkshire for many years. Her husband Robert sadly died 3 years ago. Makiko makes an annual pilgrimage to The Somme by train as it was a place Robert loved, a World War One enthusiast like so many of us. He has a plaque on a bench at Lochnagar Crater, and on their wedding anniversary she comes to sit on the bench and polish the plaque.

Every year on the nearest Sunday to his death date of 5thAugust 1916 the village of Pozieres remembers George, a wonderful composer who died in the trenches of Pozieres and has no known grave. The small village of Pozieres does a wonderful job of remembering the events that happened in the fields around it. The August event is always well attended by locals and visitors. This year our guests came with us. Julie translated simultaneously as Yves Potard and Mayor Bernard Delattre made their poignant speeches. Extra poignant this year as George Butterworth’s relative Hugh,  who had been instrumental with Yves in commencing this annual commemoration many years ago, died in the Spring and it was the first year he was not present. Patricia Leroy the mayor of Contalmaison and standard bearer Raymond Dollez who also both attended every year, also sadly died this year. So, it became a very reflective service. Music was played, French villagers gave a demonstration of Morris Dancing (George Butterworth loved folk dancing) and wreaths were laid at the little memorial to George at the end of Butterworth Trench. Then in true French style we joined together in a moment of friendship around wine and food in the apple orchard behind his memorial. A very fitting tribute not only to George, but to Hugh, Patricia and Raymond who are sorely missed by the local community. 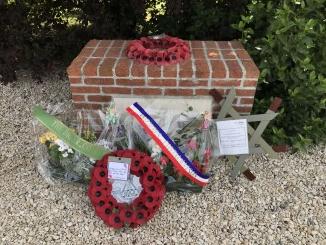 Bev and Martin Lee have visited us several times – sometimes on their motorcycle with The Triumph Club and sometimes with Bev’s father Geoff who loves to holiday with us. This time they also brought friend Carol Robinson with them for her first visit. Bev and Martin celebrated their 29th Wedding Anniversary while they were with us and we marked the event with champagne on our terrace. Also present was Beesley Bear. Carol brought Beesley Bear with her. This little bear, named for William Beesley VC, representing the British Legion, is raising awareness of the work of the Legion by visiting various international locations. He went with Carol everywhere and was photographed all across The Somme. He enjoyed his visit and has now flown off to Malta. And of course, Happy Anniversary to Bev and Martin. 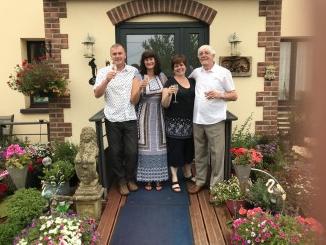 Talking of bears, we have sold all but a couple of the Brodie bears we had in safe keeping to raise funds for ABF The Soldiers Charity. We were pleased to hand over our guests' donations for bears to ABF fundraiser Terry Whenham. He said the money raised will help veterans and their families. Thank you.

On a very hot Sunday last week we went along to Albert Airshow. This event takes place every 2 years. 25000 people attended and it is one of David’s highlights – he loves planes – hates flying. The event is relaxed, well organized, you can get close to the planes and they put on a great display overhead all afternoon. From historic planes to the Rafale, F16 and of course the wonderful La Patrouille de France – the equivalent of the Red Arrows. We watched it all in awe. Quite a show.

And we watched out for a plane which had special meaning for us. Regular visitor to us is international commercial pilot Erin Leslie. Erin flies all over the world with a commercial airline and when he is on a route into Paris from Hong Kong, he stays with us and he visits his own historic plane – the French Broussard which he houses at Albert airport.  Erin is happiest when he is maintaining his plane and then of course flying it in the skies above us. Erin, Australian, has a relative who died at Pozieres and he flies over the grave of his Uncle in his Broussard. A special tribute. Erin was sadly not in the country during the airshow but a friend of his took the plane up for him. So, the Broussard took part in the event too, with its distinctive rumbling engine a highlight for us. It was odd taking photos and video of the plane to send to its owner, 8000 miles away! 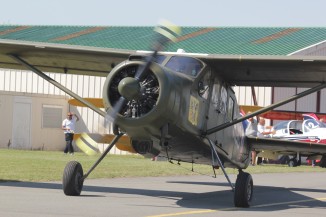 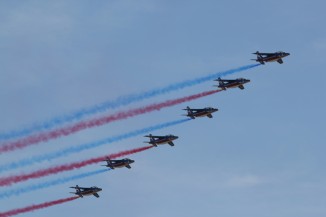 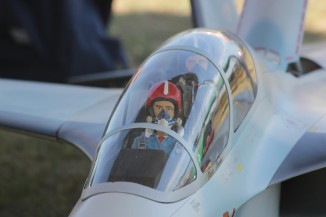 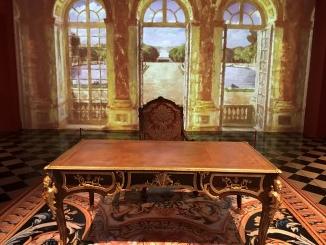 Makiko is a keen - and very good photographer - and she captured some wonderful candid shots during her stay with us. The chickens were particularly photogenic.

And we have a baby hedgehog who ventures out of the undergrowth at dusk. 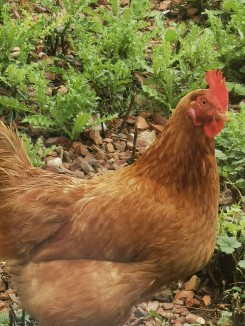 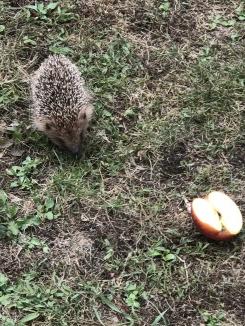 Thanks for the newsletter, I enjoyed reading it. A quick question: Are you open all year round or do you close your doors over winter?

Julie and David, thank you for your monthly email, I really enjoy them, looking forward to seeing you next year.
Terry. XX

Thanks for the latest newsletter.Hope to catch up with you both soon.

A great read, thank you! See you on Sunday!

The tales are becoming legion - particularly interested to read about Albert Ball VC as we had a VC10 at Brize Norton named after him. Currently having gone back in time: were in the Cairngorms last Wed, returned home/did washing and ironing/re-packed and just arrived in Anchorage Alaska! Luv to both and see you soon. G&J X

You attract many followers on return visits it must be the genuine hospitality and your excellent :tucker" - Best regards Dennis

Another wonderful newsletter and how fantastic having a baby hedgehog. Love the aprons!

The poem really got to me. Sometimes we, of the Allied Troops (Canadian) forget that the Germans also suffered. A visit to Nurenburg several years ago brought that home. Our guide was a young German and he related how the city was bombed & the innocent lives lost. I'm not forgiving the Nazi's, I'm just saying that we sometimes forget innocent lives are lost with the enemy as well. Love the hedgehog-he/she needs a name. Thank you again

Hi -
Always a great a read.
Is it possible to get flights from Albert airport over the Somme Western Front ?
I’ve been on the ground, underground & I’d now like to go overground.

As usual, another newsletter packed full of interesting pieces ... will look forward to seeing the corporate aprons before the year is out. All the best to you both.

As always another wonderful newsletter full of your guest stories. Love reading them all. I see you and David have been busy ourselves out and about. It has been 12 months since Bill and I visited and your guest stories always bring back memories of our stay with you both. Cheers Chris and Bill

Thanks for the August update. Fascinating reading, I love those stories and the memories they bring. Keep up the good work and I’m looking forward to seeing you again in June next year.

Another terrific read. So pleasing to see such a wealth of diverse guests visiting you, enjoying your hospitality and soaking up the rich history that leaps from the fields and lanes that surround you.
Seeing David in his new apron is a real highlight! Well done Elaine!!

A wonderful monthly newsletter . . . sadness and happiness, humour and tragedy, and sojourns from around the globe. Yes, no.fifty6 is without doubt the oasis on the Somme.