Posted on 16th October 2013 by Julie and David Thomson in General News. 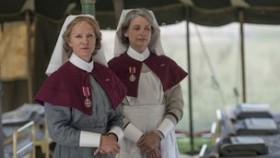 The BBC has revealed how it plans to mark the centenary of World War I.

Programming and events will span four years, across television, radio and online, from 2014-2018, echoing the time frame of the war itself.

The season will include 130 newly commissioned programmes, spanning almost 2,500 hours.Among them will be two major TV dramas on BBC One: The Ark will take viewers into the lives of the medics and their patients at a fictional field hospital behind the trenches in France; while The Passing Bells tells the story of the war through the eyes of two very ordinary young men.

For more information please follow the link below to the BBC page:

9 hours ago we said:
@fossemidge @ride4kingsmen Haha yes it’s often like that but today dry and dusty