For Life, Love and Courage. Lest We Forget

Posted on 16th July 2013 by Julie and David Thomson in General News. 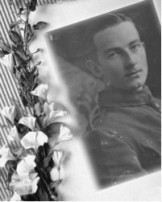 For Life, Love and Courage Lest We Forget.

‘Nearer my God to thee’

Born in Peaslake, Surrey at the ‘Burying Place, Quakers Orchard’ on January 27th 1897, the fourth son of Edwin George and Mary-Ann Tickner of Downside Peaslake, born from very humble beginnings Mornington was son to a farm labourer and a house  maid. 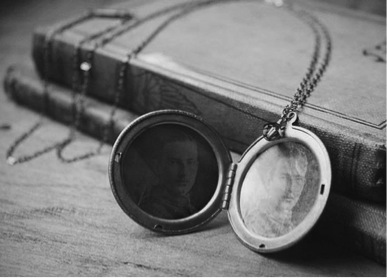 Mornington was one of four brothers who fought in France between 1914 and 1918, we know little about him yet he would become one of our greatest sons taking part in the greatest war the world had seen and is likely to ever see, sadly at a price, the ultimate price of all, his own dear life…

In 1913 Mornington had joined the local reservist military unit, ‘The Queen’s Royal West Surrey Regiment’ at the age of 16.  On  8th August 1914 Mornington travelled to Guildford to enlist into the regular army and was then transferred to the Guards Division in the 1st Battalion Coldstream Guards.  Mornington was garrisoned at Catterick and remained on UK soil until he was old enough to be sent abroad.  Mornington’s parents like many others were to have a fraught time of it over the next few years as by late 1914 all his brothers; Nelson (RASC), George (Royal Field Artillery), Albert (Royal Flying Corps) and Mornington would all be on the fields of France & Flanders fighting for their country.  Many a desperate hour awaited the village folk of news of their loved ones. On the tops of the fields and slopes of the common, villagers in Peaslake could hear the faint rumble of the guns from the battlefields as the early engagements raged. The news of the first battles reached the villagers as parents feared news of the worst kind - huge British losses. No clear news of casualties came, as reports were confused ‘missing men’ listed and no further details available. 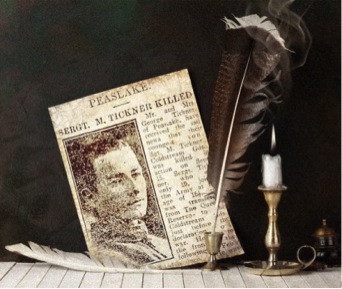 Many an anxious hour befell every family.  A poem written by his brother Nelson records “mother gazed at photos in frame”, as no news or information came through or was received about her four sons. By March 1915 Mornington was now 18 and was heading out to France via Southampton.  He disembarked on the 3rd February at La Havre and was heading towards his war.  On the morning of the 19th April 1916 Mornington was part of a volunteer party sent to seek an advantage point in no man’s land where the 1st Coldstream could begin an assault scheduled for the following morning.  Whilst undertaking this mission the group immediately came under attack from enemy artillery and several of the party became buried and were dug out by hand by the remaining men. During this task the Coldstreamers came across a small section of Scots Guards who had become cut off.  All men including the Scots made it back to their own line by daybreak and for his part in this act Mornington was awarded the Military Medal.

On the 1st July 1916 The Battle of the Somme began and Field Marshall Haig sent our men into action.   Mornington Tickner was killed in action on Friday 15th September, as part of the third phase of the battle.  During the next four months four men from Mornington’s village lost their lives here.  No graves, just names on the memorial to the missing at Thiepval.

A final farewell from his eldest brother reads; “At last there came that fateful day, when the postman called in his usual way”. “An official letter his mother read”, Killed in action was all it said”.

Accounts written out by those surviving men from that fateful day recount that the 15th September 1916 was the blackest day in the history of the regiment when all four battalions of the Coldstream fought shoulder to shoulder for the first time. Those who perished that day all fought bravely and died facing the enemy to the cries of “Go on the Lilywhites”…

On the war memorial in his home village of Peaslake are listed the names of seventeen men, amongst them is my great uncle, Mornington Tickner who at the age of nineteen gave up his all- for love, life and courage – lest we forget. 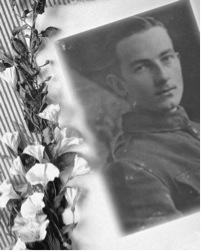 Sgt. Mornington Tickner M.M, was my great uncle, brother of my late father (Kenneth Gerald of the RAF).
I can still remember the old cottage in Peaslake from my time as a five year-old boy. But gone now alas, thanks to 'progress'.

i enjoyed reading the truth about my relative