June, A Wonderful Month on The Somme

Posted on 30th June 2014 by Julie and David Thomson in General News.

As this newsletter is  published we will be taking part in the 1st July commemorations at Lochnagar Crater – beginning with a maroon being fired at 7.28am and a lone piper coming out of the mist as whistles blow…a time for remembrance and reflection of those events 98 years ago.

We will report on the commemorations in next month’s newsletter.

We have had an extraordinary month here at no.fifty6 .  We have had some lovely weather (as well as some heavy showers). The poppies are out and the birds are singing.  Most of all, we continue to be blessed with some wonderful guests who we have had the privilege of getting to know over the month.

Two such visitors were Jude and David Farrimond Sheddon, who arrived in their VW Camper Van  and spent an eventful 4 days with us.  They had never been to The Somme before but Jude knew her grandmother’s husband  - Thomas Smith - had been killed during the war and wanted to find out more.

In Jude’s own words:

"I’m hopeful of finding a photograph of my Grandma standing by Thomas’s grave in France.  I remember seeing this photograph as a child and being very struck by it; unfortunately to date I haven’t found it in my attic searches but will keep trying as I’d be very disappointed if I didn’t have it to bring with me

His death certificate like I’m sure so many others simply states ‘Died of Wounds’.  My Mum always told us he was shot by a sniper but I’m not sure how reliable this information is.

I find it very sad he died so young (22), never saw his children (twins) and died 10 days before the Armistice but as my niece pointed out the other day if he had survived the war I would never have been born as my Grandma would never have remarried…I hadn’t thought about that before.”

With detailed research and taking Jude to the battlefield we managed to find where we believe Thomas Smith was wounded and the clearing station where he died of his wounds in 1918. He is buried with honour at Rocquigny-Equancourt Road Cemetery.

Jude visited the grave of Thomas Smith, Lancashire Fusilier, and stood in the spot where her grandmother had stood all those years ago on her own personal trip of remembrance to France, having just been widowed with 2 baby twins, over 90 years ago. 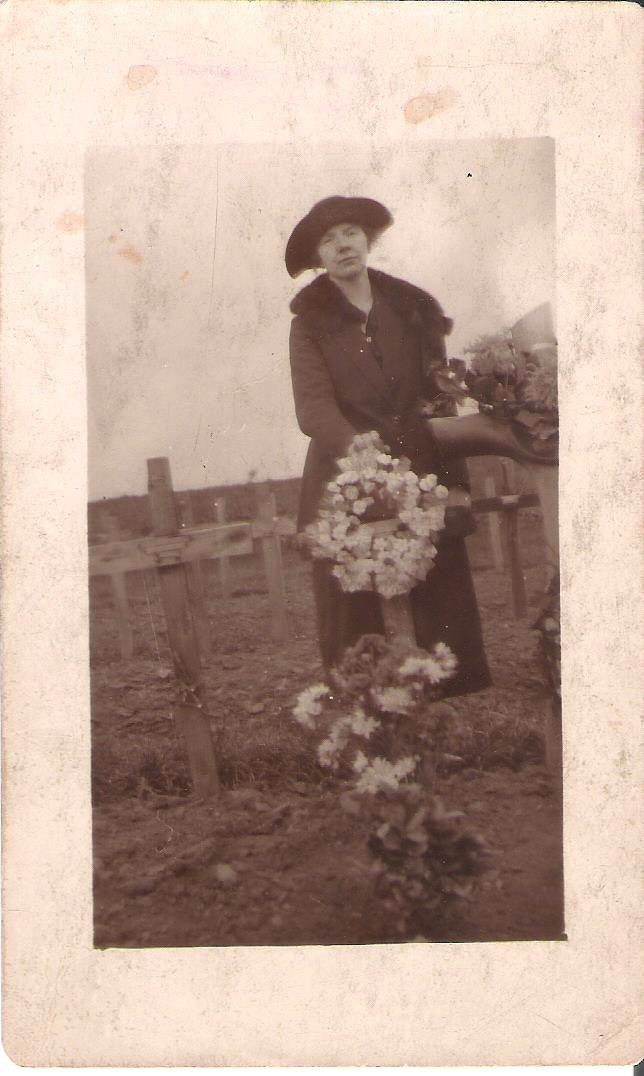 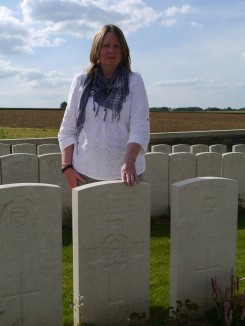 Also in June we had South African artist Paul Emmanuel staying with us as he finalised his art installation which is at Thiepval as part of the Centenary commemorations. Details of Paul’s work can be found at:

Paul’s work which expresses his view of masculinity and the fragility and vulnerability of the human form juxtaposes with the bricks and mortar permanence of Thiepval. 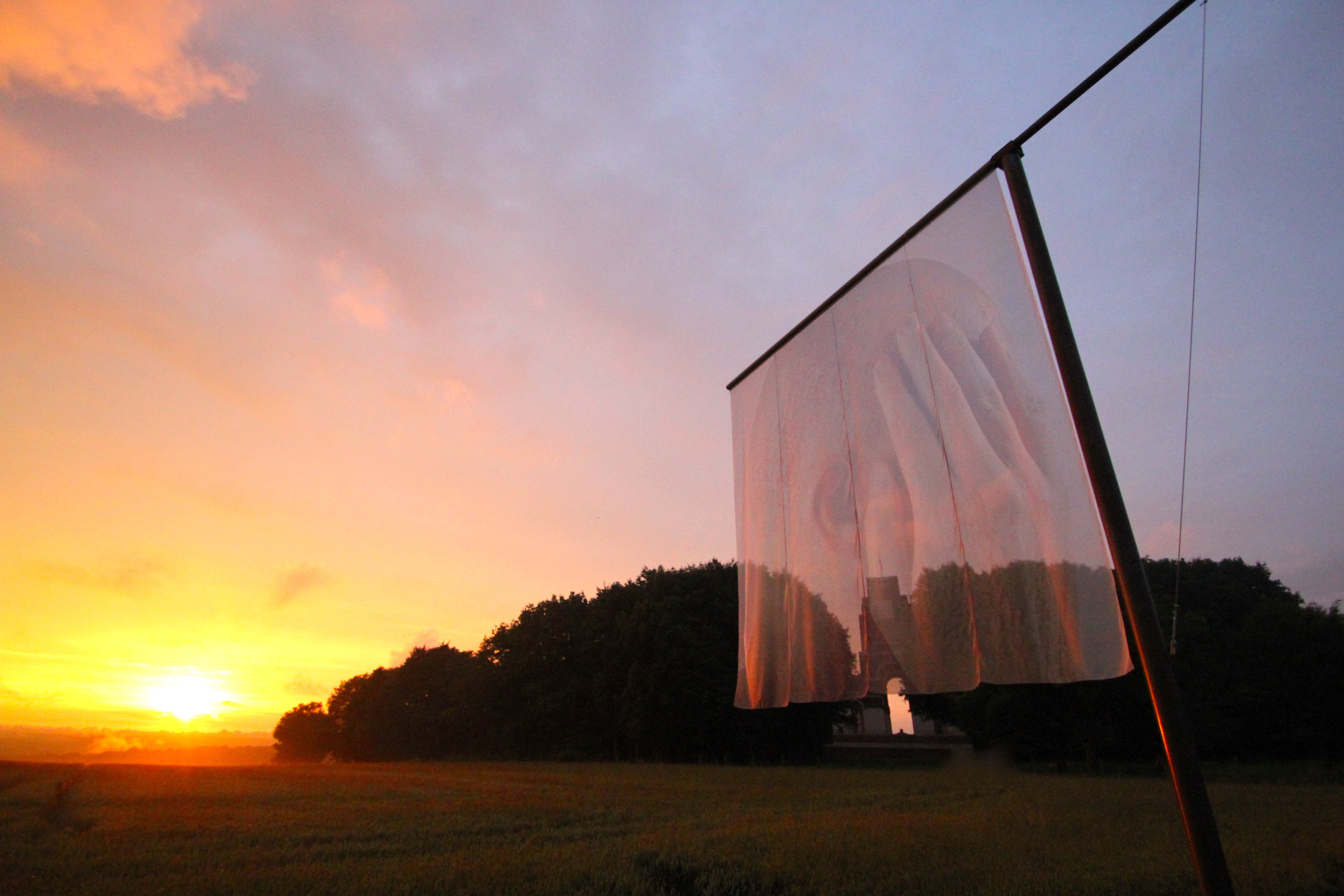 The installation, which consists of 5m sq. banners of raw point de jour silk printed with images of his body.  His body has had names of dead soldiers who died on the Western Front – men of all sides -  pressed painfully into his skin.  The names were chosen at random.  Local artisans here in Albert and Thiepval helped with the construction of the installation.   This year the artwork will be in place until 1st October and it will be returning in 2016.

Also in June, Alan Laishley visited, to continue his research project commemorating men of Portsmouth who served in the War. Alan’s work was recently mentioned in Parliament by the Portsmouth MP, referring to The Pompey Pals. Alan’s work can be followed at:

So altogether another extraordinary month on the Somme where we are always interested in the stories our guests bring and the sharing of knowledge which goes on over a glass of something on our terrace or in the lounge.

As 1st July dawns, we remember all those who gave so much 98 years ago. We will remember them.  Soldier sleep sound.

We thought of you both and the act of rememberance at Lochnager Crater this morning and of all those brave young men who lost their lives today and over the coming days some 98 years ago. We were deeply moved by our visit to the Somme, David's 'walk with me' tour and talking to Alan Laishley about the wonderful work he does on behalf of the men of Portsmouth who served in WW1. Thank you for the article, it's the first time we've seen the photographs side by side. Jude found the whole experience of following in her Grandma's footsteps to be a very positive one. We will be back to visit Thomas's grave again and pay our respects to him and to all of the fallen.

55 minutes ago we said:
Australia Day. The Australian National Memorial at Villers Bretonneux. Remembering those who came from a land of ho… https://t.co/9q5qsNFmX6