May, an inspiring month at No.fifty6.

Posted on 31st May 2014 by Julie and David Thomson in General News. 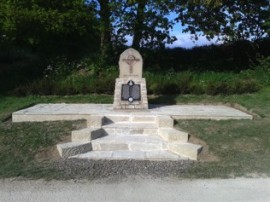 Here at No.fifty6 as we look back at the month of May we realise what a wonderful month it has been to be on The Somme.  The weather has been very changeable – from glorious late spring sunny days, to cold, wet, windy days.  At last it seems the weather is improving…

We have welcomed both returning guests and new guests and we always feel honoured to meet so many interesting people who have stories to tell, and there have been many long chats over a glass or 2 of something…

A common theme this month seems to be people doing things for others. Firstly we had Len Chaganis, who has been renovating the memorial at Bell’s Redoubt on behalf of The Green Howards.

Donald Bell is the only professional footballer to be awarded a VC.   He bravely and successfully stormed a machine gun post in Horseshoe Trench at Contalmaison, but in a similar act just a few days later, he sadly lost his life.  He is buried in Gordon Dump Cemetery but his memorial, Bell’s Redoubt, is on a grassy bank in Contalmaison, near Horseshoe Trench. 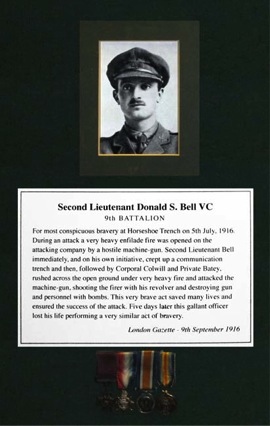 Len made 2 trips to the Somme to renovate the memorial. It is a roadtrip of 8 hours for Len to get here and on his 2nd visit was helped by his friend Peter.  Out in all weathers, they lovingly restored the memorial, including building new steps.  Back-breaking work. We think the resulting transformation is astounding.  A short remembrance service is held at Bell’s Redoubt on 30th June each year.

The Professinoal Footballer’s Association visited before the memorial was renovated, but they have plans to return again.  It was the PFA which bought Bell’s VC and they have made a posthumous award to Bell – the 2014 PFA Merit Award.

We include here before, during and after shots of Bell’s redoubt.  Thank you Len and Peter for your hard work and dedication. 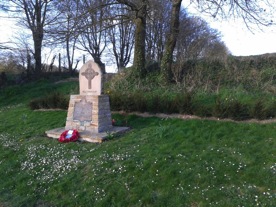 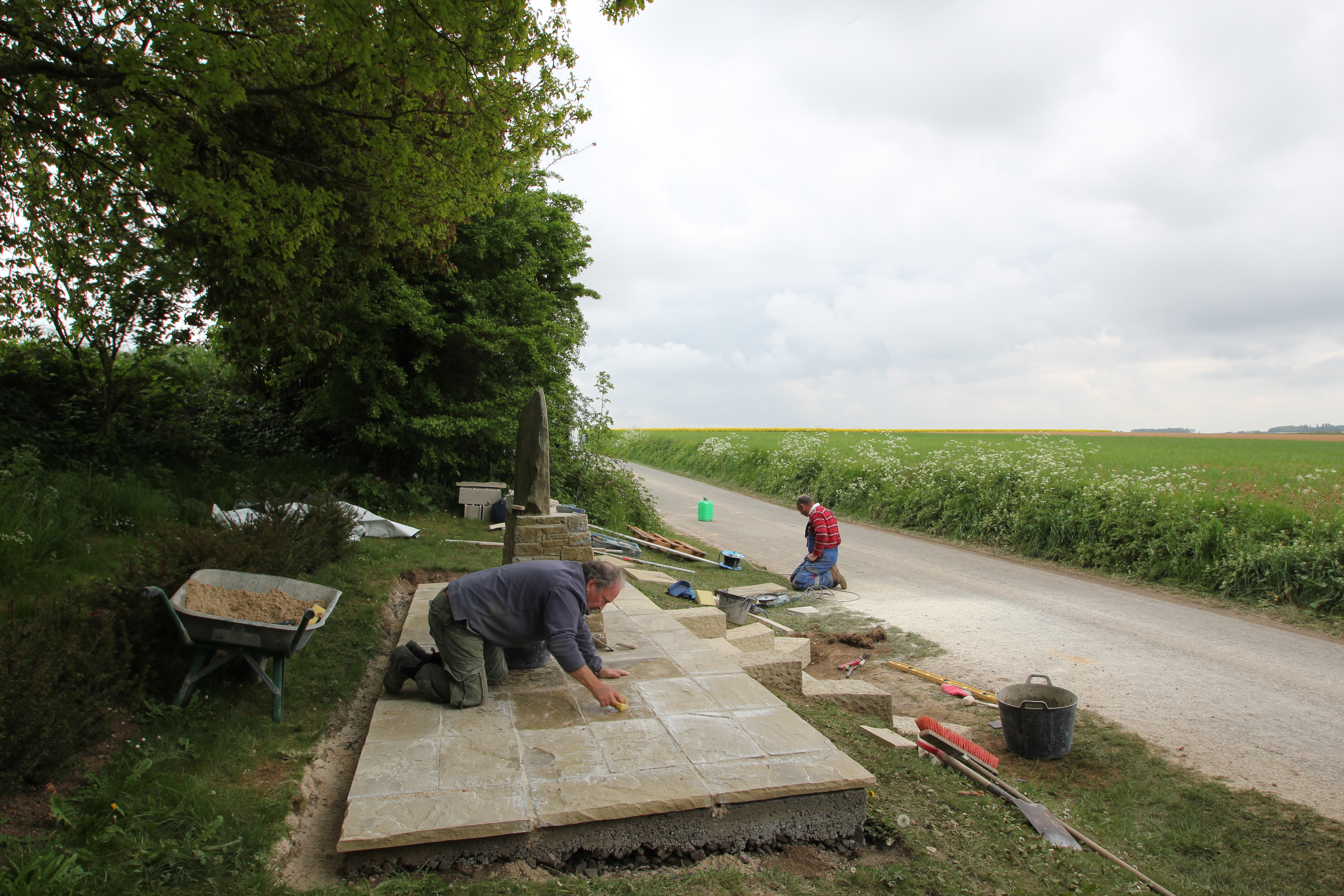 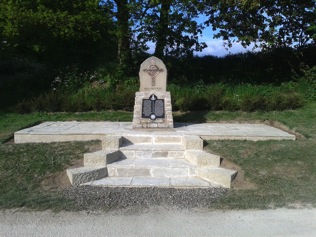 Then there was the Working Weekend by Friends of Lochnagar (FoL), an annual event whereby the dedicated FoL maintain the crater ready for the summer – there was much work to be done.  As well as the new entrance way, and path, which gives disabled access to the crater for the first time, down in the crater, the undergrowth has been  chopped back and around the crater new vistas have been opened up by clearing overgrown bushes and brambles.  We do not think we have ever seen the crater looking more magnificent. 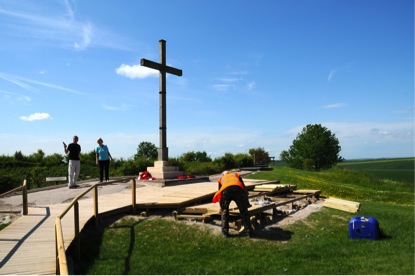 Bethan Clark from Bristol, is on day 152 of a personal commitment to run 2014 kilometres in 2014, an average of 5.5 km a day, every day, with no days off.  Beth is raising money for Smile with Siddy in support of children with cancer.  During her stay with us, Bethan and her husband Andrew ran every day, around the beautiful Somme countryside in rain and sun, stopping en route to pay respect at various memorials and cemeteries.

Amazing people, with The Somme drawing them together, with echoes across the years.

We look forward to the month ahead as summer finally stretches out before us in this place we are lucky enough to call home.

Hi Julie - I saw the banners flying at Thiepval in your pictures - that must have been pretty good to have the artist staying with you - it all looks amazing. Reading the piece you posted about Bell's redoubt - did I ever tell you I met his Grandson - a chap called Ian Dawson - we had dinner once in Exeter when we both there at a trade exhibition,
Small world isn't it Martyn
Love to Dave