Posted on 18th July 2013 by Julie and David Thomson in General News. 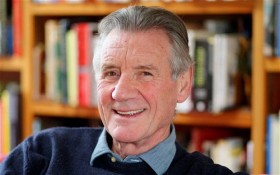 Nearly 100 years on, the printing presses of the Wipers Times - a satirical paper which was published in secret under the ruins of Ypres during the war -  are to start rolling again.

Ian Hislop, a long-term admirer of the newspaper, who credits it as a forerunner of satirical magazines such as Private Eye (which he edits), has co-written a new TV series based on its story. Due to be screened this year on BBC Two, it will see Michael Palin take up his first TV acting role for two decades. He will star alongside Ben Chaplin, Julian Rhind-Tutt and Emilia Fox.
It is hoped that the Wipers Times will follow Blackadder as one of the classic First World War comedies. Historians believe it will also address one of the great inaccuracies of the conflict: the sacrifice that British Army officers made alongside their men. Far from the buffoonery and cowardice of Captain Blackadder and co, it is estimated that one fifth of old boys from public schools were killed in the war.