Posted on 31st January 2018 by Julie and David Thomson in General News. 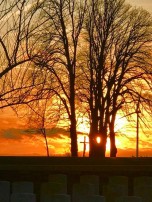 The dawn of the New Year brought a very wet, windy and grey January. We have had above average rainfall, mild temperatures, some dry days but endless grey skies. The local paper even declares where has the sun gone? We had one blue-sky day in January. The weather has not stopped us doing things and at least it is mild with no snow and ice!

This month we have been busy with continuing work at No.fifty6 to get things ready for Spring, many meetings attended and battlefield explorations undertaken.  With the centenary of the last battles of the Great War there will be plenty happening on The Somme.

There is a tradition in France that every Commune gets together in January, when the Mayor presents his or her New Year wishes, “La Cérémonie des Vœux”.  We attended our Voeux de Maire in the village hall on 12th January. Christian our Mayor outlined local budgets, what the Fetes Committee had planned for the year, works going on in the village, welcomed newly installed families and awarded prizes for all who had decorated their roadside Christmas trees – we won an Ovillers La Boisselle pencil which has pride of place in our notebook!  He also talked of the proposed Franco-Australian School in Pozieres which would impact on our village school, and ended with the importance of commemorating the 11th November Armistice in our Commune.

Then we shared in a glass of cider and Epiphany Cake – Galets de Roi. It is a wonderful, community orientated way to start the year. 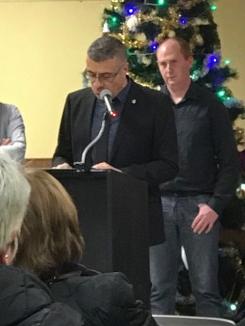 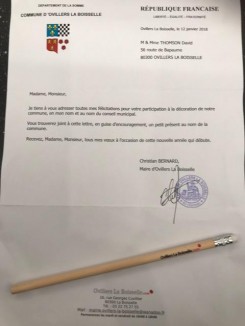 On 6th January we attended the AGM of the Digger Cote 160 Association – the Pozieres based group is behind the wonderful Son et Lumiere Show, and many other events of commemoration in the local area. There are many events planned but notably: The group has a replica Fokker DR1 plane and on 21 April will be commemorating the centenary of the death of The Red Baron at Vaux sur Somme (where his plane was brought down) and Fricourt German Cemetery where he was buried for some time before being repatriated to Germany.

The Son et Lumiere will be this year’s big event over 2 weekends, July 20-22 and 27-29 July 2018.  Tickets are not yet available but we will provide details when the box office is open.

There are many centenary commemorations this year as we mark the Battles of 1918 and of course the Armistice.

Friend and author Andy Rawson spent a week with us this month and we explored in depth the remarkable Battles of 1918 which he has written about in his soon to be published books on 1918 – beginning with the Spring Offensive/Operation Michael which began 21 March 1918. We went on to look at The Battle for the Somme Crossings at the river and canal, The Battles of Amiens, Villers Bretonneux, Le Hamel, The Scarpe and the Battle of Albert, to name a few. A very different type of War in 1918 than was seen on The Somme in 1916, faster paced, new techniques, improved mechanisation, and above all heroic tales of fortitude, courage and leadership shown by both sides. It was the beginning of the end of the War.

We look forward to sharing the details of these battles with our guests who will be staying with us this year. Many have booked to commemorate family members involved, or to explore this extraordinary place and learn of these historic events. 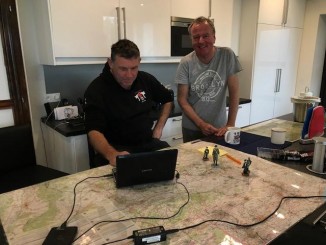 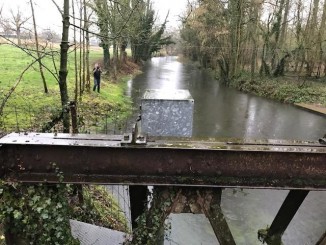 The Somme crossing near Ham 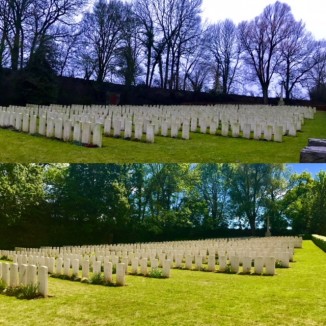 We are currently fully booked for accommodation for Anzac Day and have a waiting list.

There has been an increase in the price of fuel in France from 1st January 2018 due to increased taxation on diesel and petrol. Motorway tolls increase in line with inflation from 1st February 2018.

In an attempt to reduce the number of fatal accidents on the roads of France the Government are also introducing a new speed limit on some roads from 1st July 2018. There is advance publicity for this now to build awareness before the 1st July date. The roads affected are those that are 2-way traffic without a central barrier where the limit is currently 90km/h it will reduce to 80km/h on these roads.  For example, locally outside the village limits the road between La Boisselle and Pozieres will reduce from 90km/h to 80km/h. 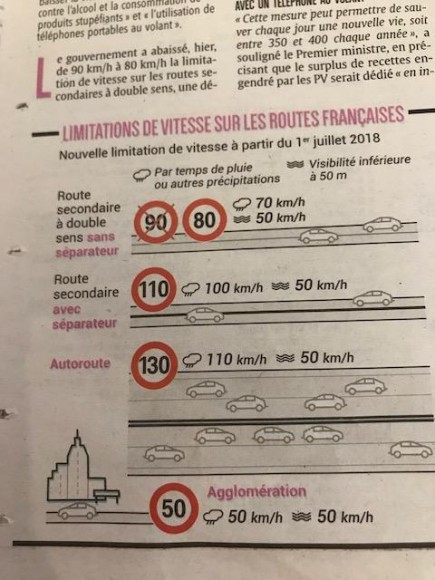 Building Works continue (but nearly there)

We are moved in to our new quarters and we have been practicing cooking skills in the new kitchen. We are very much enjoying the extra space.

The new guest bedroom/ensuite is finished, just awaiting delivery of the new beds. They are made locally in Albert by the top bed manufacturer in France - the proprietor of the bed company lives in Ovillers. We are just waiting on a dry day to get them delivered.  Then we can provide photos of the finished room.

The conservatory (la veranda in French) had another 3 days work on it this month by the constructors to add finitions and roof cap and sealant. Greg our builder is installing heating as we write this and has commenced the internal fit out.

New dining room furniture is on order. Mid March is still our target date for it ALL to be completed. How exciting. David is a little greyer but heyho, he is now a renovation expert. 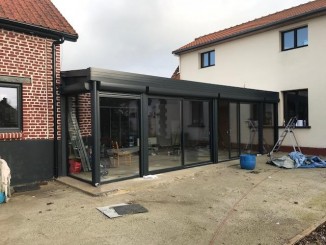 The hens are currently producing 1 egg every other day – between them. They are not a fan of the wet weather but provide us comedy moments every day. Rita is always first to bed, nabbing the best roosting spot. Like us they are looking forward to longer days and drier weather.  The bunnies are happy and healthy and love their occasional treat of cabbage and carrot. All is well at No.fifty6. 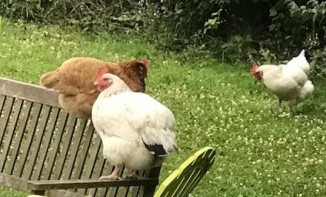 Always good to read your news. La veranda et al looks fabulous! - you must be loving all the extra space. Seeing your wonderful winter photographs makes me hanker to make an autumn/winter return to the Somme. Maybe one day. All the best always.

me thinks that you 2 have a good life , do those beds come with sleep attached or do you ave to bring your own ?, and Julie , could you whisper ` arry ' Kane into Davids ear for me ,
cheers

Interesting newsletter as always. The new build looks really good, you’ve obviously been working really hard to get it all done. Looking forward to seeing you.

Kung Hee Fat Choy ! - Lunar New Year Wishes from SE Asia. In "Singers" for the 76th Anniversary of the "Fall of Singapore" to the Japanese Imperial Army on the 15th February 1942. Being a Naval man laying a wreath for the loss of HMS Repulse and Prince of Wales - 10th Dec 1941. So much history abounds from those terrible war time days. I love receiving your news always so full of interest. The hyperlinks to "Digger Cote" excellent. May March bring you into your new obode. Regards. "The Weatherall Boys" - Australia

Kitchen looks good, as does the conservatory
Looking forward to our next visit soon xx

Always great to hear of your news and the latest developments.

I hope the weather soon improves and the hens are rather more productive!

Thanks again both for a great news letter. Love the photo of "Cuth's bridge" !! Glad all is well at the best place in the Somme. The kitchen looks great. Looking forward to seeing you both and chooks and buns in March x