Posted on 30th September 2013 by Julie and David Thomson in General News.

Earlier in September we welcomed Alan Laishley to No.fifty6.

Alan was born and raised in Portsmouth and a chance conversation with his Grandad led him to The Somme and researching the WW1 dead of Portsmouth.

Alan’s Grandad – Albert Ernest Bleach served in Ypres, The Somme, Greece and Turkey and during his time served he was gassed and shot, though survived. 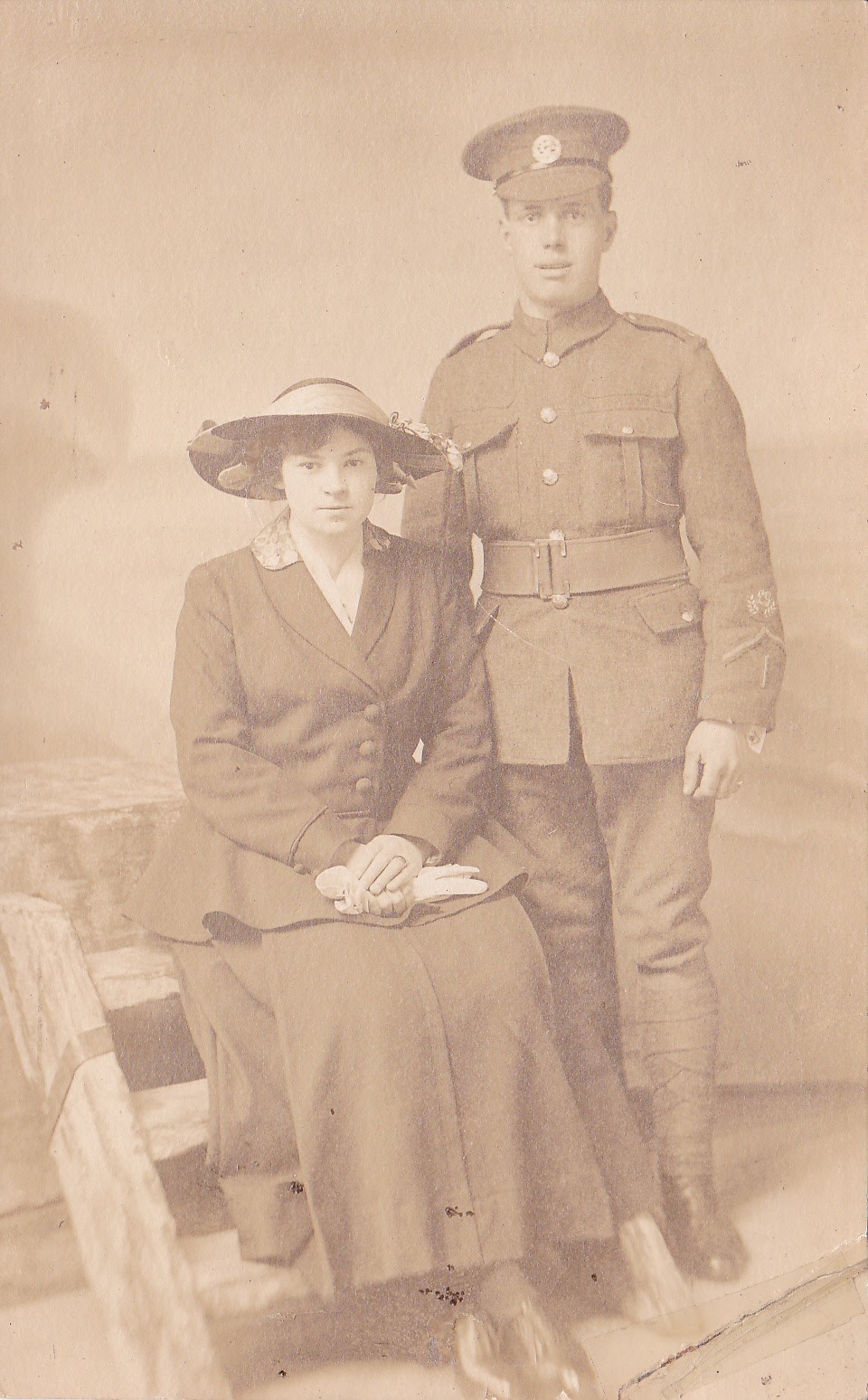 Abert Bleach on his Wedding Day 15th Nov 1917 at St Simons Church Portsmouth. You can see a wound stripe and a lewis gunners badge, before he went back to the front again. 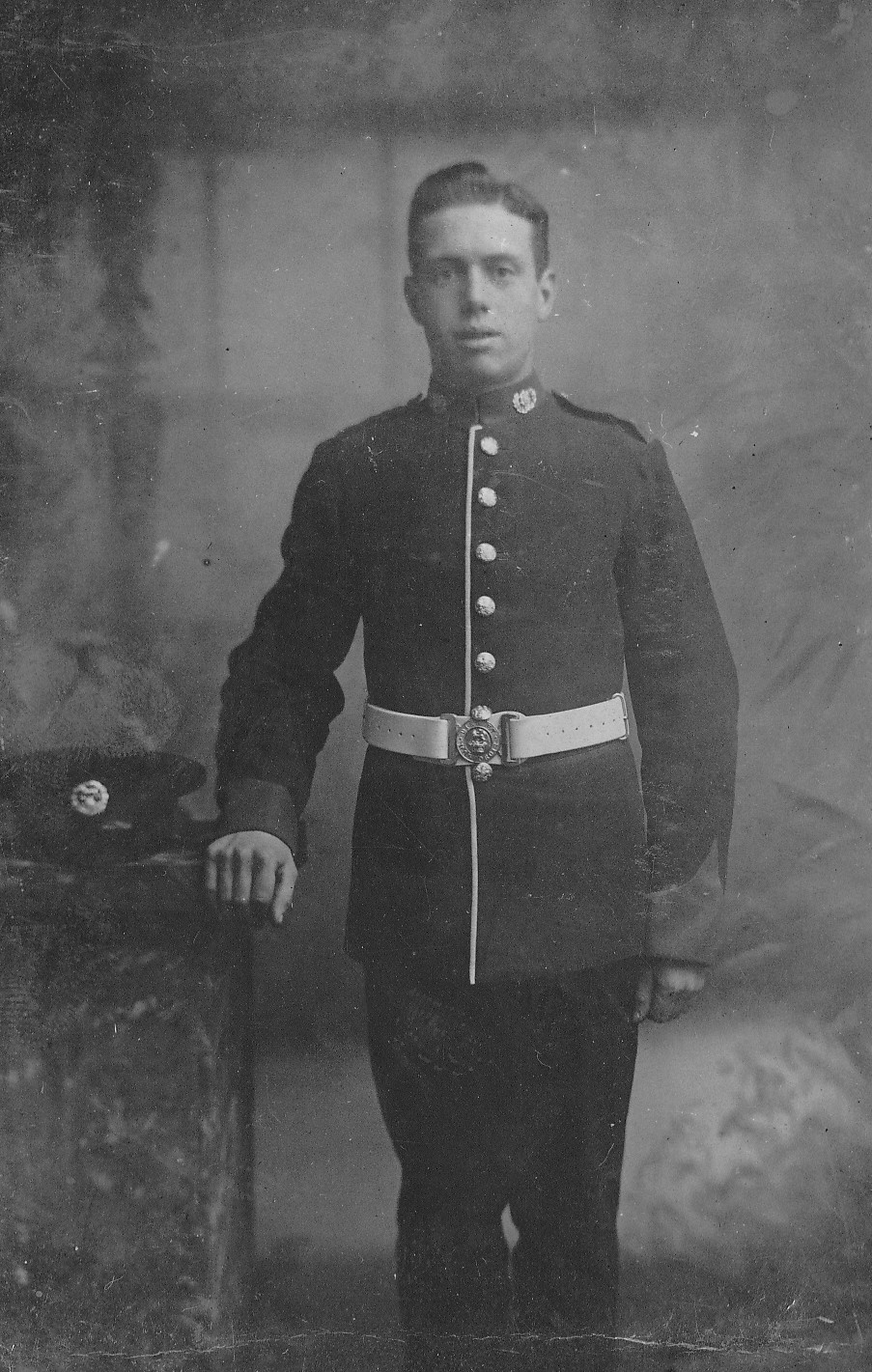 Allbert Bleach when he attested in 1913.

Alan’s great Grandad also served in the First World War. Robert Hillier drove buses and was on the Western Front from 1915-1919, his service record showing he continued as a driver.  Though from Newbury, Robert Hillier lived in Portsmouth and died there in 1932 in a motorcycle accident. 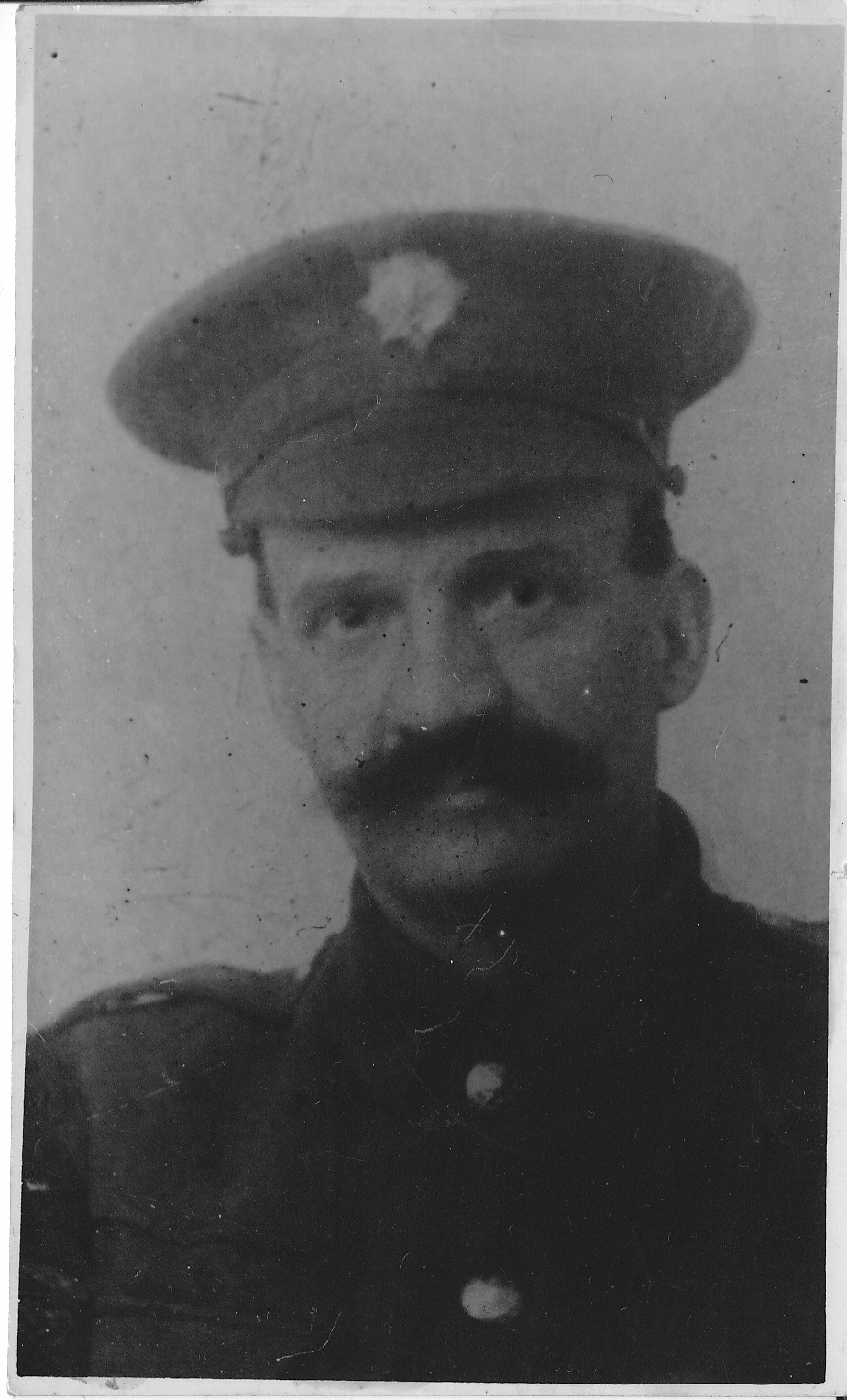 It was wanting to understand more about what happened that led Alan to do more research and 4 years ago Alan decided to follow in their footsteps and visit the areas his relatives had been in the War. It was on a trip to The Somme that Alan was moved by the cemeteries he visited and he said to himself “I expect half of these lads have never had a visitor.” Alan plans to visit as many Portsmouth War Dead as possible.

On 15th July 1915 all of Albert Bleach’s mates had been killed and Alan started with this specific date. He researched The Hampshire Regiment for this date and many Portsmouth lads popped up in the records.   His curiosity grew and he decided to research all of the Portsmouth lads who had seen service in WW1.

Alan now has a database of over 7500 names of Portsmouth soldiers.  He plans to get as much information as possible so that it becomes a living database which could be accessed by anyone wanting to know more about their Portsmouth ancestors. As well as remembering those who died, Alan is keen to remember those who survived – like his ancestors – as they too suffered and bore the scars of War for the rest of their lives and are often overlooked.

Hello Richard would love to add your father to my database if you could forward the details.
Thank you

My father was from Portsmouth and went to Mesopotania, Persia, South Russia, Greece and Egypt with the Hampshire Regiment (service went beyond the war). Have been to the WF three times now with 4th coming up and agree totally with the sentiment that one should 'visit' - in your case - those from Portsmouth, in my case graduates from my military college and my wife's relations. I am back for my 4th visit from Oz next April. I also volunteer for the Dolores Cross project which aims to photograph every New Zealand grave outside NZ. It is actually harder to take good photographs of gravestones. While you are there and if you have the chance visit the Indian and Chinese graves: who would visit them? I take lots and lots of poppies. Regards

1 day ago we said:
As far as your eye can see....nothing but peace and sounds of nature on our walk today around the tracks of Grandco… https://t.co/phHy56ppvZ