The Centenary Approaches - May News from no.fifty6

Posted on 31st May 2016 by Julie and David Thomson in General News. 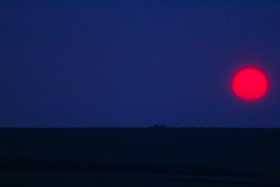 The Somme is looking beautiful, the farmers toiling in their fields and lots going on as the region prepares for the Centenary commemorations. Despite what is reported in the press, the French fuel strike has not been a major problem here. Though fuel has been in short supply for a few days, it seems things are about back to normal with no queues or rationing in Albert.  The service stations on the A1 and A26 between Calais and us also have fuel. All our guests staying with us in the last week have all got fuel with no queues. We will continue to monitor the situation and update our guests who are due to travel in the next weeks and days. Here is a round up of other news from no.fifty6 as we head towards the Somme Centenary. The photo shows sunset over Mash Valley, taken from our front garden.

This is our last monthly newsletter until 1st July but we will continue to update any urgent centenary news through our Facebook and Twitter pages.

It is confirmed the security cordon will be in place around the immediate Somme area from 8pm on June 30th until 8pm 1 July. During this time, if you do not have a ticket for one of the events on 1 July you will not be allowed into the security zone, even on foot or bicycle.

Those with a ticket will only be allowed to attend that specific ceremony and will be taken out of the security zone after the ceremony to dedicated areas such as the park and ride at Meaulte.

Guests staying with us for the duration will be given a special permit allowing access to and from our premises, and have had to supply documentation to support this.

For those attending Lochnagar Ceremony, the latest information is given in the following link:

The official Centenary commemorations for the Battle of Delville Wood are now going to be held on Tuesday 12th July, not the previously announced date from the South African government of Sunday 10th July. Anyone wishing to attend must register via the website, here is the link:

The memorial is accessible following the removal of scaffolding and there is some work ongoing to replace individual panels.  The next closures of the memorial are in preparation for the centenary commemorations:

Access to the site will only be possible through pre-arranged visits which will be conducted by Commonwealth War Graves Commission staff. To request a visit please contact [email protected] 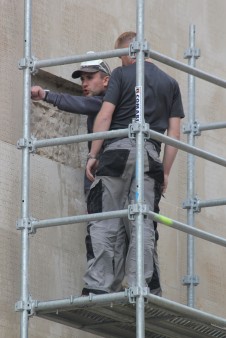 For 6 nights in July the fields around Pozieres by night will stage the spectacular Son et Lumiere show. This event is held biennially as so much work goes into it. Through scenes, sound, light and music, the story of Pozieres and the First World War is told. We have helped with some translation of the scripts from French to English and last week we both attended the studios of France Bleu Radio to record our voices for the show which is in French and English. David played the part of Augustine, a young soldier, and also the English narrator, with Julie playing a French girl whose life had been changed by the war. If you are in the area during the second half of July it really is worth going to see this show. Show dates are 15,16,17 July and 22, 23, 24 July 2016 in the late evening.  Details of ticketing can be found on the website: 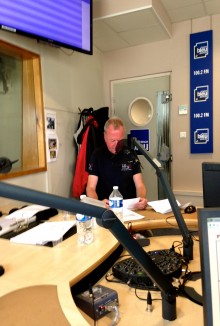 David records his voice for the Son et Lumiere

9pm: 1916 people wearing a red top and accompanied by 100 pipers, will leave from the station carrying a torch. They will then head to the Basilica, pass through the tunnels of the museum before arriving at The Town Hall square.

See more, including a registration facility if you would like to take part in the rocession at:

Our commune has produced some commemorative items for sale to help raise funds for our village – for the school, for the elders of the village etc. We are proud to have these items in stock here for sale to our guests. We have mugs, fridge magnets, and pins. The perfect souvenir of your time in this region. 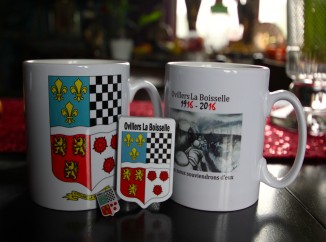 The small charity Wenches in Trenches are a group of like-minded women who raise awareness and promote the memory of women in war, support members of the British Armed forces and their families, support those with life changing injury and illness and other worthwhile causes.

The Wenches are behind the nurses memorial bench at Lochnagar Crater and have other ongoing projects. They have produced a brilliant little book Called Women Casualties of The Great War in Military Cemeteries. Sue Robinson and Suzanna Green from the charity visited No.fifty6, signed some copies of the book and we have them for sale here.  All funds go to support the Wenches charity. 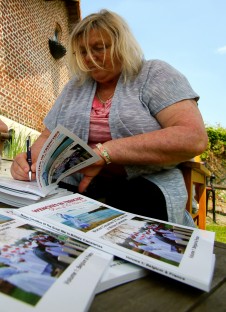 Happy chickens. With the warmer weather the hens are laying well and  behaving themselves. The only problem is we can’t have the back doors open as they tend to wander in! We are thinking of training Joan to do the ironing. 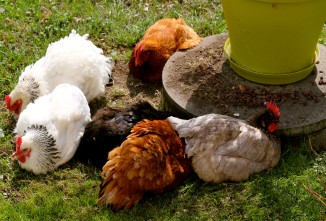 Hi David & Julie, great read as usual. Can you please save me a pin. I'm at Thiepval for 1st July and will be in the area for a couple of days prior to that but will be leaving that evening for the early morning ferry.

Always a great read. Sorry we the "Weatherall Boy's" can't be back with you for the Commemoration time on the Somme. Trust you're looking after my Countess. Regards from OZ.

Please save a pin and magnet for our visit end of July, hopefully the train strikes will be over by then.

The pins are on very special offer at the moment €1 each for a limited time. The fridge magnets are €5 and the mugs €8 and €10 for the limited edition print one.

I love reading your newsletters! Full of fun and LIFE! I think I will be asking you for 3 pins - could you tell me how much they would be?
bisoussss

Hi both, would love to pop over for the Poziers show even if it meant staying in the Ibis!! But just looked at diary and I'm working both weekends☹️☹️ Keep us a mug and pin for September. Can't wait to see you both and chookies x Chris & Sal

Save me a pin.The chickens have grasped how to iron quicker than the radio star.xx

Thanks for the update. Perhaps Stephen & I should plan another trip to see the changes, get the mugs and eggs from the chicks--and I'll bring my ironing because by then of course Joan will be fully trained

Excellent newsletter as always so sorry I'm missing out joining you with Mike and Kath but will be with you in spirit, 56 will always be special in my memory book, best wishes to you both.

Lots of useful information for busy times ahead. Hopefully, my book 'Ancestors Footsteps - Somme 1916' will be out in time!

Lots of useful information and the Son et Lumiere show is an event that we hope to attend . . . perhaps in two years' time.
No doubt that we'll have a couple of the La Boisselle village mugs, please put 'reserved' notices on two of them and we'll collect in a few weeks' time!