Posted on 30th November 2013 by Julie and David Thomson in General News. 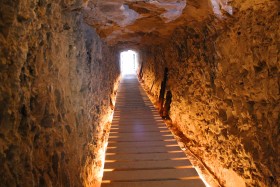 Over the past couple of weeks the La Boisselle Study Group (LBSG) have been working on site at The Glory Hole furthering their archaeological research on this uniquely historic WW1 site.

This past week BBC Look North have been filming for a special news item which does not have a transmission date yet, but we will post the details when we have them.

On 1st December the LBSG team will be joined by BBC Radio Shropshire and BBC Wales who are filming and recording for both radio and TV for special recordings and a live broadcast.

They will be highlighting the story of William Lloyd whose family didn't know what happened to him during World War One. They knew he was missing in action, but heard no more. All they had was a grainy black and white photo of William in his army uniform. 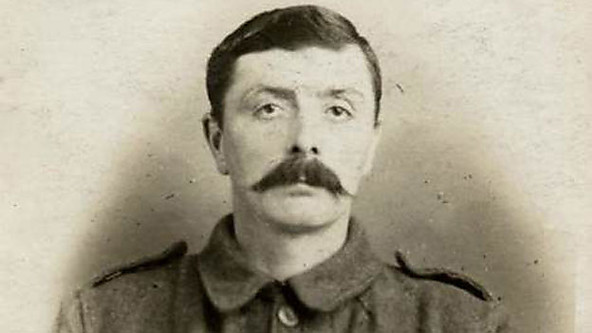 He was only at the Somme in Northern France for six weeks before he was killed 80ft underground at La Boisselle in a network of tunnels. German tunnellers detonated their charges after hearing William and four of his comrades digging under No Man's Land. Their bodies have lain entombed there ever since.

More recently, William's great granddaughter Lesley Woodbridge asked for help online in finding out what happened to her great grandfather. LBSG historian Simon Jones replied and confirmed William had died in the labryinth of chalk tunnels. Those very same tunnels were excavated by La Boisselle Study Group two years ago. Then recently, they cleared a 50ft shaft down to the lower levels, to William's final resting place.

The series Under the Somme has been in the planning for over a year. Lesley Woodbridge will be on site with the BBC and it is hoped she will go down to the very spot where her ancestor died.  The BBC will be recording Lesley's journey from collecting soil from William's former colliery in New Broughton to the gallery where he died. The soil has been put in a specially commissioned urn, which will then be left in the tunnels forever.

Please follow the links below to find out more about this story and the broadcasting details.