Posted on 31st December 2016 by Julie and David Thomson in General News. 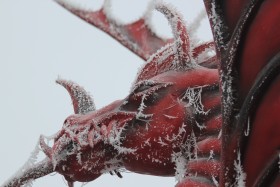 As the dawn of a New Year breaks we would like to thank everyone who sent us cards and festive messages and we would like to wish everyone a Happy New Year. 2016 was an eventful, interesting and great year for us but we look forward to seeing you here in 2017 for more stories around the table and remembering the fallen and those who served, which is at the heart of what we do.  We are really thrilled that friend and inspirational man, Richard Dunning, owner of Lochnagar Crater, has been awarded an MBE in the New Year’s Honours for Services to WW1 Remembrance. It really is well deserved as Richard has worked tirelessly, assisting WW1 veterans in the 70s and 80s and of course buying and preserving Lochnagar so it remains as an iconic site which is such a visible scar of War. We are lucky to count Richard as a Friend and he is one of the reasons we now live on The Somme and do what we do…so he holds a special place in our hearts. 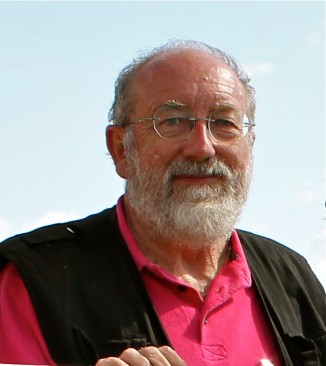 On 17th December we attended the Christmas Truce service in Pozieres church. This annual event really heralds the start of Christmas festivities for us. Poems are read, the choir sings in 3 languages – French, English and German and it is a time to reflect on the year and how important striving for peace is. Julie read a Sassoon poem “Suicide in the Trenches” and a French written poem “Noel 1916”. While the poems were read in different languages members of the Digger Cote Association acted the scenes in period costume with sound effects to great emotional effect. Afterwards, everyone gets together in the village hall with mulled wine and shared platters and there really is peace and goodwill to all men. 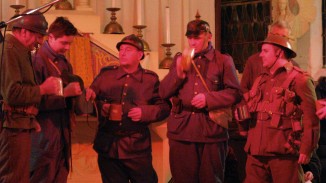 Many of you will know that David and I have a passion for cars (well, particularly David) and we were thrilled that Ovillers La Boisselle got its own rally in December. Each December in France there is a charitable fundraising weekend called the Tellython and the Rally formed part of local events – the Rallython. On a course from the chateau at Becourt to the outskirts of La Boisselle a short single stage with 3 straw bale chicanes to ensure complexity but safety, a host of cars including BMW, Lancia, Citroen and Peugeot took to the course with volunteers paying a donation to be copilot. The event raised €2,500 and hopefully will be run again in 2017. For David it was like being back watching the 1983 Rally in the Welsh hills. 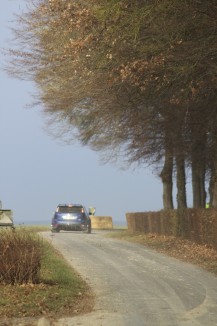 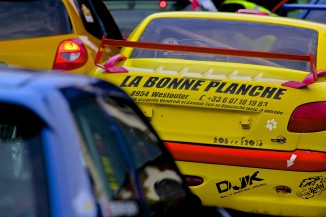 Christmas Trees in the Streets of La Boisselle.

In past years we have had Christmas lights hanging in our village streets, but they have become a little tired over the years, so in an effort to inject some new life into Christmas illuminations, and mindful of budgets, Christian Bernard, our Mayor, offered everyone in the village to have a real Christmas tree, as long as it was on the roadside and was decorated so that the village was illuminated for Christmas. Many families took part – including us- and they did look pretty. The Mayor took photos of them all and at the last council meeting declared three winners – now we didn’t win but as we were brought up with the motto “it is not the winning it’s the taking part”....  Community life here is so important. 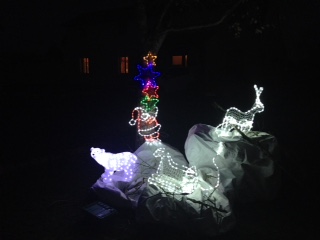 Winter is not the season for building works but we have progress, even if it is as slow as an arthritic snail!  Actually in December a lot was achieved – the new septic tank is installed.  This included the digging of a 4 meter deep hole which revealed some interesting soil stratas (thank you Brian for the archaeological analysis) which Julie nearly fell in and has the bruised knees to show for it. The new doors and windows are in which is a huge step forward, we have a new front door on the main house to match, and we now have a staircase to the first floor in the stable building.  It is currently -2 degrees by day so no masonry work can be done as it is too cold. As soon as it warms up a little the builders can crack on. There is still loads to do but progress is progress. 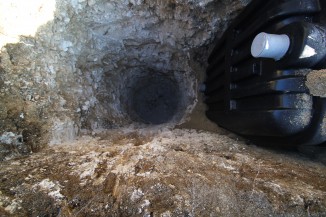 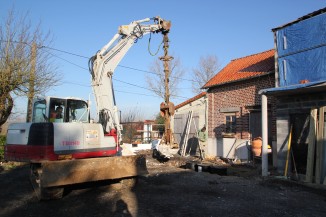 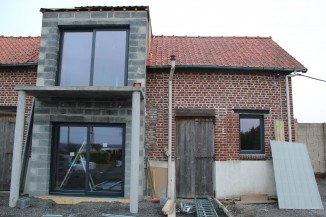 Christmas Trifle in the Local Paper

We were approached last week by the Courrier Picard, who were running a series of daily articles about festive recipes and they wanted to include an English dessert. Julie lovingly made her Christmas trifle using ingredients which can be purchased locally (no sherry in France!) and the journalists came to interview us and take a photo. It is a sweet little article and has been well received by our neighbours as we are now minor celebrities! The trifle will be on the menu at No.fifty6 this year! 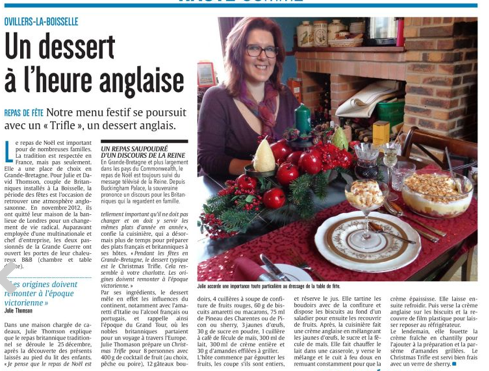 We have published our room tariffs for 2017 on our website. There is no increase to our rates as providing value for money is important to us.  A single occupancy room is €59 per night and a twin/double room €98 per night. Our dinner rate remains the same too at €25 per person. Our rates include breakfast. One small change is that the local tourist tax must be accounted separately so the charge of 40 cents per adult per night will appear separately as an addition to your bill. The tax which is imposed by Le Pays Du Coquelicot aids tourism in the area.

It’s cold. Minus 4 degrees last night but the chickens cope well in the cold now they have finished moulting. David has the job of chipping the ice off their water trough each morning and giving them hot porridge. We know our chickens are intelligent, but for those who think they are just birdbrains, this short video link is worth a look, which Joan could have modeled for.

All the best wishes for 2017. What a great news report! Everything exciting to me; archaeological strata, a septic tank (to add to the mark IV), good pud and honours to the deserving. Keep it up!

Happy New Year to you both and thank you for your regular updates.

Happy New Year to you both! Always interesting to read about the news from No 56. Thank you for taking the time and trouble to keep us all informed. Looking forward to seeing you both in April. Simon

Happy New Year to you both, love receiving your newsletters they are always a great read and brings back fond memories of our time spent there, hope to return.

Well guy's whilst you are in the grips of winter we in the Far Flung Colonies of the Great South Land had a rather warm Christmas Day in Old Sydney Town. The temp made it up to the high 30C's.....another day in paradise we say ! Lovely to hear all the news, our Christmas decoration only were packed away yesterday - New Years Day. The Weatherall Boys wish you all the best for the year ahead and keep the hens a laying ! Den Dazza & Jay

Great newsletter and lovely hearing about the close-knit community atmosphere and events. Fantastic news about Richard Dunning. We didn't pick it up in mainstream news, only saw it via social media. Wishing you all the best for 2017.
Jane & Chris

Have a wonderful and happy 2017 will be in touch soon best regards...Len

Good news re Richard - well deserved
Hope to try the trifle asap - does it need some sherry?
Best wishes - to both of you from us

A very Happy New Year from us both. See you in May! Rob and Elaine.

Happy New Year to you both. Pleased to see your building work is taking shape. Please pass on our good wishes to your French family who joined us for dinner in June. We will be following your exploits in 2017 so keep the monthly updates coming.

Happy New Year. It's always interesting to read the latest news from No.56.

Wonderful to hear how you are doing. Best regards from Canada.

Always interesting to hear the news from No 56. Best wishes for 2017 and hope to hear you soon, from a chilly Mallorca where it is 17 degrees :-D

Happy New Year to you both, Great news that Richard Dunning, has been awarded an MBE in the New Year’s Honours . That one never made much press coverage in the UK
It  seems that not all awards go to those who are just doing the job they get rewarded to do either - by employment or sponsorship (Yes I do mean the (Civil Servants and Olympians).
Hope to visit again soon

Hi both Thanks again for an interesting news letter, it's great to keep up to date with the happenings in No56. Well done Julie our mouths are watering looking at that trifle don't suppose you could post some!
The rally looked good fun - sorry didn't bring back memories of rallying in the Welsh hills - the sun was shining and there was no mud!!!
Have a great New Year - love to chokies
Love Chris and Sal x

1 day ago we said:
As far as your eye can see....nothing but peace and sounds of nature on our walk today around the tracks of Grandco… https://t.co/phHy56ppvZ